How To Refuse Research from The Ruins of Its Own Production

Writing in 1965, Mario Tronti’s claim was that the greatest power of the working class is refusal: the refusal of work, the refusal of capitalist development, and the refusal to bargain within a capitalist framework. One can see how this "strategy of refusal" has been utilised in all sorts of instances by social movements, but how does this play out now in the context of wider struggles over autonomy today – not just in terms of labour power and class struggles; but also intersectional feminism and queer politics; race and decolonialism, geopolitics, populism, environmental concerns; and the current pandemic? In what ways does a refusal of production manifest itself in contemporary artistic, political, social, cultural, or other movements? And, how might a refusal of certain forms of production come together with a politics of care and "social closeness" – also when thinking of how research itself might be refused? 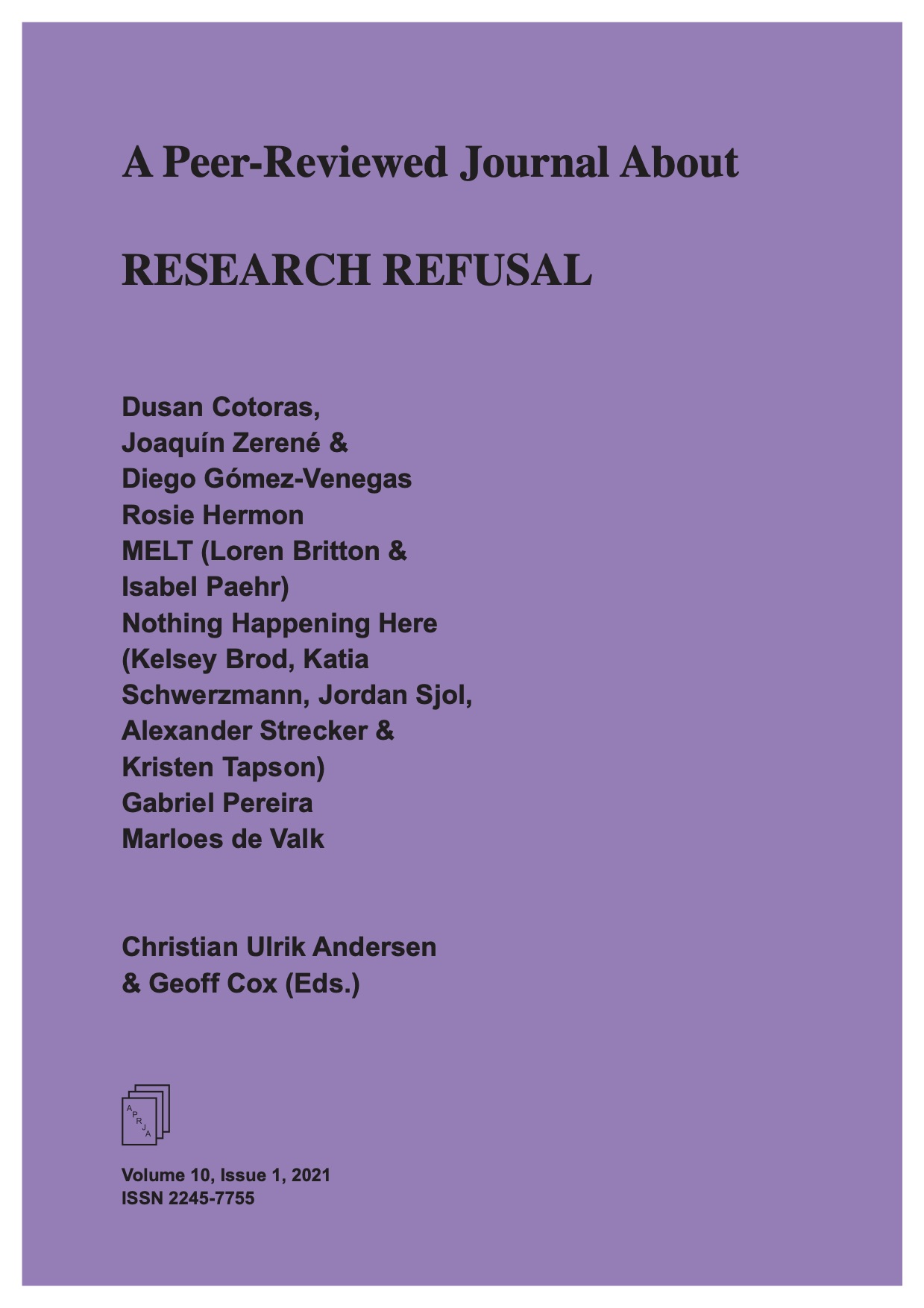 Copyright (c) 2021 Copyrights are held by the individual authors of articles.