A Critical Engagement with Monetary Interfaces

The current economic condition of digital participation is described by the proponents of the neoliberal model of economic efficiency as a new economic revolution. Τhe simulated existence of the market in computer networks and graphic interfaces presents itself as the ultimate reality of value at the same time as it tries to make other forms of social valuation subordinate and even unreal. Reflecting on the mystification of the effect of digital interfaces on social participation, the article raises a series of questions for the analysis of the cultural effects of the mediating function of monetary interfaces by reflecting on their economic, technological and aesthetic implications. The critique focuses on the new digital architecture of the monetary system by investigating how money intervenes in information exchanges and signals the creation and transfer of economic value. The ability of payment interfaces to impose, both overtly and covertly new relations of ownership as well as new forms of surveillance, suggests their capacities as technologies of political control of the individual. The aim is a theoretical framework for the analysis of the reorganization of the economic system and its dependence on money. 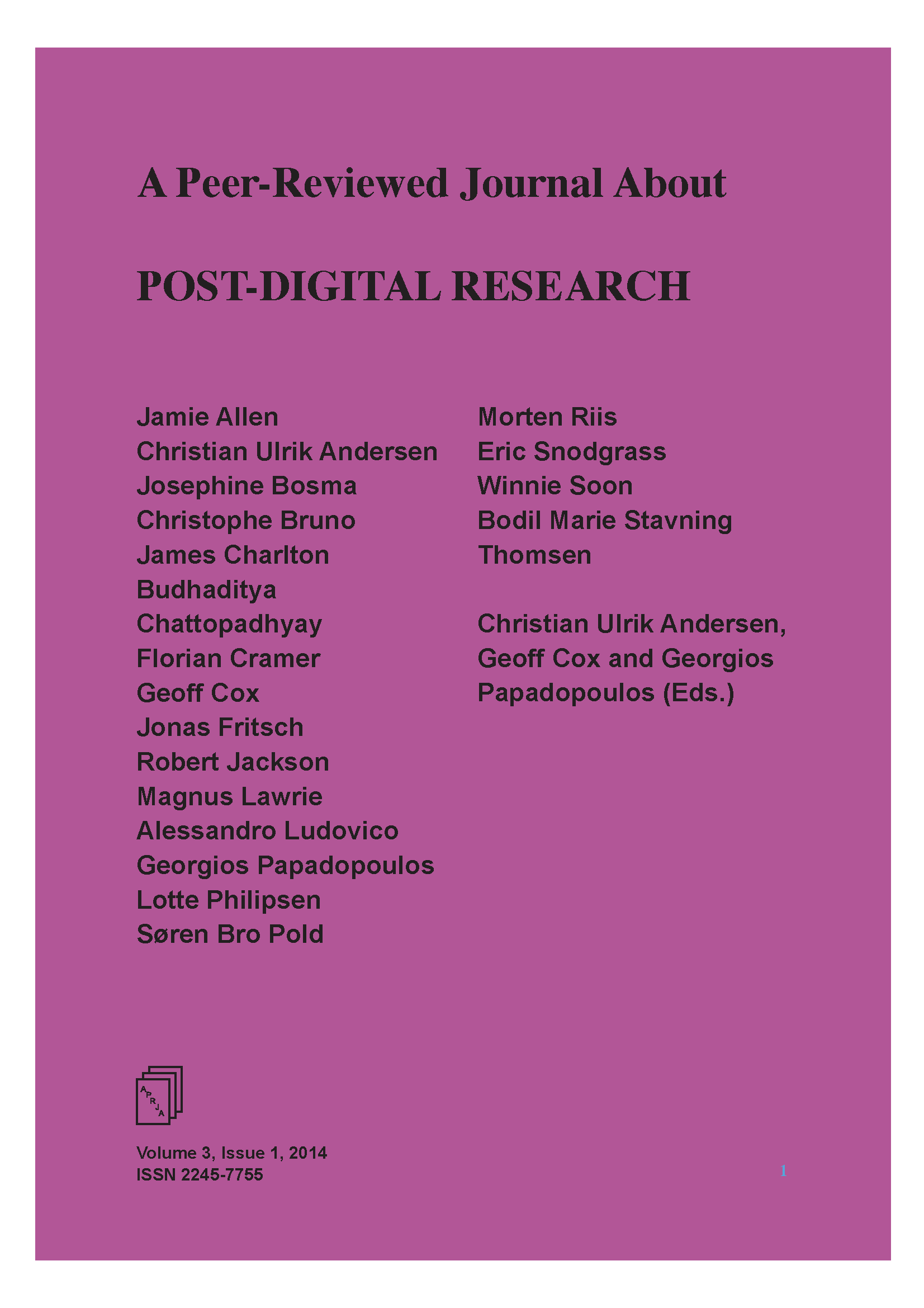